Story of Dhruva: The Immovable Star 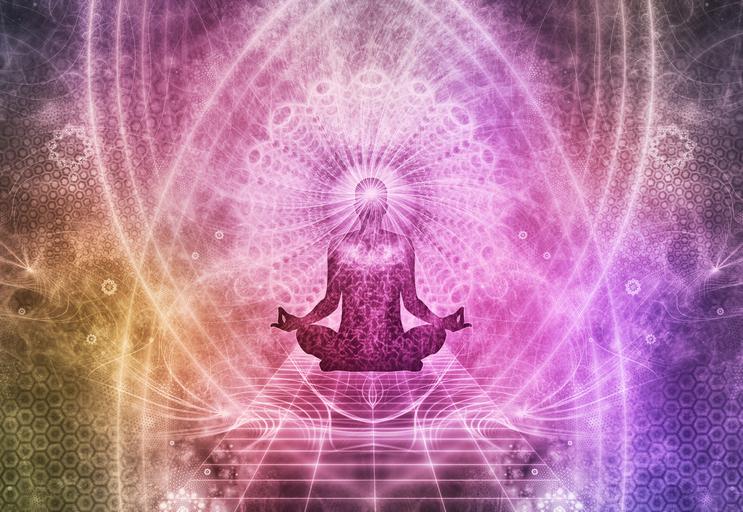 The star we know as Dhruva is called by many names: Pole star, Polaris, North star. The Dhruva star is special because it does not rise or set and remains in the same spot above the northern horizon, marking due north—a steady guiding star to navigators everywhere for thousands of years. The story of Dhruva is popular in Indian mythology; it is told both in Vishnu purana and Bhagavata purana.

The word Dhruva means immovable, unshakeable or fixed; all traits not only observed in the star but also in the boy named Dhruva in the story. Like most stories in Indian mythology, the story of Dhruva is retold over thousands of years and in different literature resulting in different versions of the story.

The way I see it, it is a story of determination and grit that is told from the point of view of a young child. The story acknowledges that even young people have the potential for greatness and encourages to instill values of devotion and self-discipline in whatever a child may choose to pursue.

Long ago, there lived a Prince called Dhruva. He was the son of King Uttanapada (son of Swayambhuva Manu, who was the first Manu or spiritual son of Brahma), and Queen Suniti. Dhruva was a bright five-year-old and was much doted upon by his gentle-mannered mother. His father, however, favored his second wife, Suruchi, and his son by her, Uttama.

After being cruelly discriminated against, a defiant Dhruva leaves the palace for the forest looking for answers.

One day, Dhruva found his father sitting on the throne with Uttama, who was seated on their father’s lap. Very politely, Dhruva asked if he too could sit on his father’s lap. King Uttanapada refused Dhruva’s request, knowing very well that Suruchi, who was watching them at the time, would not condone placing Queen Suniti’s son in the same position as her son.

Dhruva was hurt and disappointed by his father’s refusal. Adding to his distress, Suruchi berated him for having the expectation of being treated in the same way as Uttama, and for casting higher aspirations for himself. Furthermore, she rebuked Dhruva and told him that since he was not her son, he had no right to the throne his father sat on.

A distressed and angry Dhruva rushed to his mother and repeated to her what had transpired. Queen Suniti was heartbroken by the fact that her son was treated unfairly by Suruchi, and that his father did nothing to defend him. Her son’s plight moved her to tears.

Queen Suniti gently explained to Dhruva that if it wasn’t his fate to assume the throne after his father, then he could do nothing to change that. She urged Dhruva to stop being angry and hurt; and told him to be patient, kind and have faith; she encouraged him to be content with what he has and keep hurt at bay.

His mother’s kind words failed to console Dhruva. He told her that while he had no aspirations to the throne, he would strive for greatness on his own merit. Little Dhruva was determined that through effort and hard work, he would achieve greatness that even his father had not imagined possible.

Dhruva decided to leave the comforts of his family and the palace behind and went to live an ascetic’s life in the forest. Whilst living in the forest, he met the seven Munis—learned men revered for their great wisdom.

Meditation helps Dhruva find the answers to his questions; a calmer, wiser Dhruva learns to appreciate the beauty of life through his devotion to the world’s creator and protector.

After telling his story to the Munis, Dhruva asked them to help him achieve unimaginable greatness. At first, the Munis had some misgivings. The Munis worried that Dhruva, in spite of being extremely young and unimaginably privileged, had a sense of restless aspiration and showed a lack of contentment. But, Dhruva convinced them to help him find a way to achieve his goal.

The Munis urged Dhruva to practice meditation. In order to achieve what he wanted, the Munis revealed, a belief in Vishnu—the creator and protector of the world—was essential. The Munis taught Dhruva how to meditate using Vishnu as his focus and inspiration.

Dhruva was a quick learner. Following the training provided by the venerated Munis, he began his meditation in earnest in a place called Madhuvana, which was situated on the banks of the River Yamuna. As time passed, the power and intensity of Dhruva’s meditation increased. He got completely absorbed in Vishnu. Thoughts of Vishnu, who is mighty, filled Dhruv’s mind and body, and the earth couldn’t sustain the weight of such a change, resulting in the disturbance of balance of life on earth. This imbalance caused panic amongst the gods. They tried repeatedly to break Dhruva’s concentration and used various methods to distract him. However, Dhruva remained oblivious to everything except his task.

Worried for the safety of the world, the gods approached Lord Vishnu. They pleaded with him to take action to stop Dhruva and protect them from the havoc his intense mediation was causing. Lord Vishnu assured the gods that he would talk to Dhruva and all would be right.

A star is born

Pleased with Dhruva’s meditation, Vishnu appeared in front of him and urged him to stop his intense meditation. Vishnu praised Dhruva for his devotion, his dedication and the single-minded determination he applied to achieve what he set out to attain. When Vishnu told Dhruva to ask for the boon he wished to receive, Dhruva revealed that every wish he had was now fulfilled by his realization that Vishnu is the most important thing in the world, because he is both the creator and the protector of everything we see, feel and perceive.

Dhruva’s understanding of the world and his humble words pleased Lord Vishnu. Not only did Lord Vishnu give Dhruva the boon of a gratifying life as a successful and well-loved King during his time on earth, he also bestowed upon Dhruva the most exalted position as a star in the celestial world after his time on earth was over. Because Dhruva’s devotion upon Vishnu remained immovable, he became the star that remained fixed, that shone brightly in the night skies, and guided people who would otherwise be lost without his steady direction.